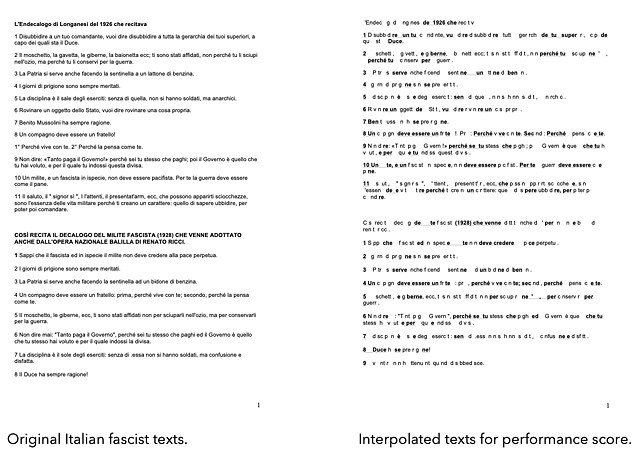 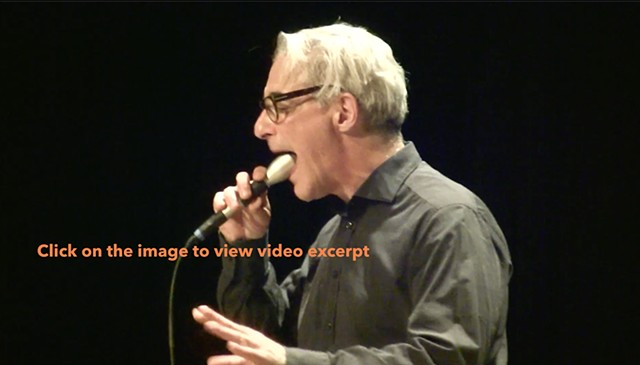 La patria partorisce padri partiti is a piece for voice and microphone, the latter employing controlled feedback modulated by the position of the mic in my mouth and small shifts in level. The text is derived by subtracting the letters m, a, l, o , z, and i from several versions of the "Ten Commandments of Fascism" that were published in Italy between 1926 and 1942 during Mussolini's regime. This yields a text with some remaining words and many fragments of words thus destroyed. In performance, I speak the remaining Italian words off mic and perform feedback in place of the fragmented words resulting from the text subtraction. Dedicated to my father.